The Porsche brand has a long and storied history at the Pikes Peak International Hill Climb. The crested brand from Stuttgart has won several class victories at the mountain, many thanks to friend of FlatSixes, one Mr. Jeff Zwart. This year a grand total of fifteen Porsches are on the entry list for the event’s 100th running, more than any other brand. This year is a special one for Porsche fans, as it also marks the return of Brumos Racing for the first time in nearly a decade. 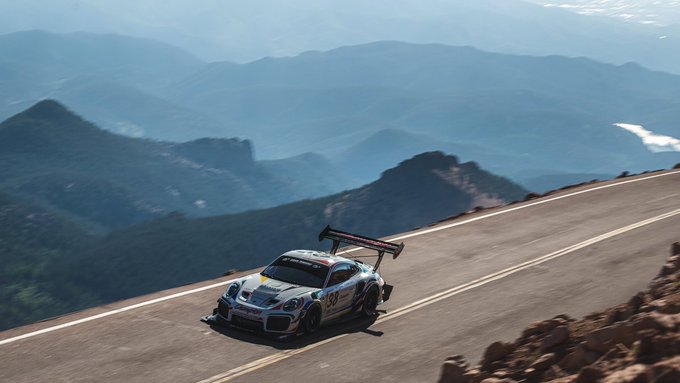 Obviously the low hanging fruit for Porsche to get these kinds of numbers of competitors to run at the hill is the Yokohama-supported Cayman GT4 Trophy category, which is a spec class hosted by Porsche for Pikes Peak, featuring six cars this year, including Road Scholars’ Cam Ingram and Motor Trend’s Jonny Lieberman. That class will also, this year, feature someone with a famous last name connected to the mountain, Loni Unser.

In the Exhibition class, multi-time event winner David Donner is running a brand new 2022 Porsche 911 Turbo S, which should be pretty solid.

In the Pikes Peak Open class, BBI Autosport is once again preparing a car for Frenchman Raphael Astier. There is very little information out there about the car the team from SoCal is bringing, but on the entry list it is called a “1966 Porsche BBI SVRSR” so maybe the team has decided to step back from showcasing its fire-breathing turbocharged beasts and is instead going with a vintage vehicle. Another multi-time winner running a Porsche in Pikes Peak Open is the legendary Rhys Millen in a 2016-vintage Porsche 911 GT3 R! The third Porsche in that class is Chris Strauch’s widebody 914, which has very few Porsche components left, as it is powered by a turbocharged Chevrolet V8.

The aforementioned Brumos Racing car will be entered in Time Attack 1 with David Donohue at the wheel. Donohue has spent a lot of time racing the Floridian team’s red/white/blue racing cars, and this is a return to the sport for a legendary pairing. He’ll be running a 2019 GT2 RS Clubsport, as he has for the last two years. Hopefully he’ll have a little bit better luck this year.

Down in the Unlimited Class you’ll find Andy Kingsley in a 2002 Porsche 911 Turbo.

Considering the fact that IndyCar racer JR Hildebrand is bringing a real deal IndyCar Dallara to race at Pikes Peak, it seems unlikely that any of these street-car-based Porsches will win overall at the mountain this year. That said, you never know, and it’s not over until it’s over.