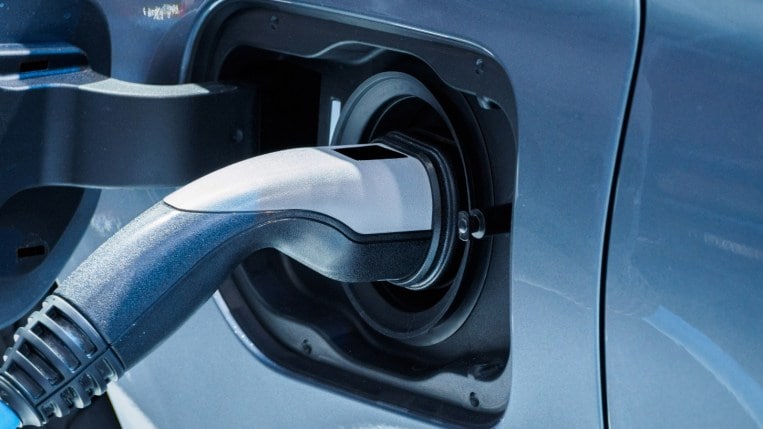 While the Biden Administration’s proposal to include $100 billion in new electric car subsidies is no longer part of the infrastructure bill wending its way through Congress, those considering an EV in part due to the tax breaks shouldn’t panic.

This latest spending initiative was intended to extend the current incentives and allow those makers like Tesla and General Motors, who had run out of available credits, to be eligible for them again. The measure would have also pared back the maximum federal tax credit from $7,500 to $7,000.

That said, the current program is still in effect and there are plenty of ins and outs to consider if you’re going to take advantage of the program. Here is what you need to know.

Chances are, you’ve heard of the most significant government incentive — a federal tax credit of up to $7,500 for certain alternative-energy cars. That can drive down the cost of a more fuel-efficient car, but it doesn’t apply in all circumstances. The tax credit was passed in a 2009 bill and still applies to 2010 and newer plug-in electric vehicles. Here’s how it works:

You Don’t Get the Tax Credit Right Away

First, the bad news: You have to front the money to the government as part of your purchase deal.

The tax credit is just that — a tax credit. Manufacturers often advertise it as a discount on the car’s price, but it isn’t. Instead, it’s a government policy that allows you to claim up to $7,500 in credit against the federal income taxes you owe in the year in which you buy the car. In other words, it reduces your tax liability. If you’re eligible for a refund, you’ll get whatever the amount of your credit on top of that.

Buyers must still pay the price they negotiate for the car (whether paying it in cash or folding it into the loan amount). They can then claim the credit the next time they file their taxes. That credit lowers your tax liability. If your tax bill is lower than the credit, you’ll receive the balance as a refund. However, you can’t roll that credit or any remaining balance into the next tax year.

It Applies Only to New Car Sales

There’s no tax credit for buying a used electric car, no matter how efficient it is.

It Doesn’t Apply to Leased Vehicles

If you’re leasing a new EV, the tax credit will go to the manufacturer offering you the lease. They may choose to apply that credit to help lower your monthly payments. But they aren’t required to do so. It’s a point you can bring up in negotiations.

It Applies to EV, Plug-in Hybrid, and Fuel Cell Vehicles

The law states that the credit applies to road-going vehicles that are charged from an external source and have battery packs with capacities of 4 kilowatt-hours or greater. The base credit is $2,500 with $417 per kWh above 4 kWh, not to exceed $5,000 for the full $7,500 credit. This formula applies to all battery-electric vehicles as well as plug-in hybrids.

In practice, here’s how the tax credit works. A standard 2022 Toyota Prius hybrid will not qualify because it can’t be plugged into an external power source. But the 2022 Toyota Prius Prime will, because of its plug-in capability, which is good for the first $2,500 of the credit. Because of its 8.8 kWh battery, it will be eligible for an additional $2,000 in credits. The 2022 Toyota RAV4 Prime plug-in hybrid, which has a larger 18.1 kWh battery, is eligible for the full $7,500 credit.

That  $7,500 credit also applies to hydrogen fuel-cell cars, such as the Toyota Mirai, Honda Clarity, or Hyundai Nexo. However, those make sense only for buyers who live near one of America’s few hydrogen refueling stations, mostly concentrated in California.

The U.S. Department of Energy maintains a list of vehicles that qualify for the tax credit and the amount buyers could deduct for them.

Some Electric Cars are No Longer Eligible

Glancing at that list, however, you may notice that some pure electric vehicles don’t qualify. Why? They’re victims of their success. The full credit is available on the first 200,000 vehicles a manufacturer builds. Beyond that, the credit begins to sunset. It winds down gradually, first dropping to half, then expiring about a year after that 200,000th sale.

Currently, two manufacturers have completely exhausted their available credit — you won’t qualify for the incentive to buy any Tesla or General Motors car, no matter how efficient.

Nissan and Toyota are next in line to lose the credit. As of this writing, buyers of the 2022 Nissan Leaf can still qualify for the full amount. The aforementioned Toyotas are also still eligible, but tax credits for those vehicles will likely start winding down this fall.

Auto executives from Ford, General Motors, and Stellantis recently petitioned lawmakers to lift these restrictions or push the “sunset date” to a period in the future when the electric vehicle market has matured. Inflation rates, supply chain disruptions, and soaring costs for raw materials are leaving manufacturers in a bind as they try to keep up with an ever-evolving market.

Part of an earlier proposal that was put on ice would increase the manufacturer’s sunset total to 600,000 vehicles — enough to bring GM and Tesla vehicles back into qualifying territory. That same proposal would create a $2,500 incentive for used EV purchases.

Another part of that proposal would apply the full credit at the point of sale. This change would mean that buyers could take it as a discount on the car’s price rather than waiting until the next tax season to claim it as a deduction.

State and Local Incentives Where You Live

Though the federal government’s effort makes up the lion’s share of government EV discounts, some states and local governments have incentive programs to help new car buyers afford something more efficient. These can be tax credits, rebates, reduced vehicle taxes, single-occupant carpool-lane access stickers, and exemptions from registration or inspection fees.

California offers the most support for EV buyers. Residents can qualify for up to $7,000 in state incentives through the state’s Clean Vehicle Rebate Project.

Alaska, Alabama, and West Virginia are among states offering no support to individual EV buyers. However, they do offer some programs to offset the cost of businesses pursuing more fuel-efficient fleets.

Your Electric Utility May Help

Lastly, it’s not just governments that can help you with the cost of a new EV. Some local electric utilities have incentive programs to help buyers get into electric vehicles (after all, they’re among the ones that benefit when you turn your fuel dollars into electricity dollars).

These can be as significant as a rebate. The Omaha Public Power District, for instance, offers a $2,500 rebate to customers who purchase a new EV and home charging station. Or they may be as small as discounted electric rates for charging an EV outside peak hours.

Should I Act Now or Wait?

The current federal program is generous and there are many affordable EVs coming to the market from manufacturers who have large banks of these credits to give. If you’re looking to make the transition to an EV or a plug-in hybrid, you may want to act sooner than later.

However, if you have your heart set on a Tesla or perhaps GM’s new Hummer EV or Cadillac Lyriq, it wouldn’t hurt to wait and see how EV tax break changes unfold over the next year.

While a percentage, EV sales growth is exponential, these vehicles represent about four percent of overall sales. If manufacturers build more EVs than the market wants, two things will happen. Prices will come down and there will be increased pressure for more federal subsidies in order to boost electric car sales. In either scenario, you win.

Editor’s Note: This article has been updated for accuracy since it was originally published.