With automotive companies increasingly distancing themselves from internal combustion engines in favour of hybrid or fully-electric powertrains, NASCAR has found itself in a quandary over its use of V8 engines while trying to maintain relevance to potential new OEMs (original equipment manufacturers) entering the series.

Since Dodge withdrew from Cup at the end of the 2012 season, discussions with potential new manufacturers to join Chevrolet, Ford and Toyota have been commonplace, but such talks have not led to any company committing to enter the series.

“I would be surprised if a new OEM came in without some sort of electrification, and I am not talking about all electric, I am talking about a hybrid system,” Phelps explained ahead of this weekend’s season-opening Daytona 500. “It is obviously something we are exploring right now with our existing three OEMs. The question is what is it, and what is the timing of it?

“I don’t have either of those answers at this point, although [senior vice president of racing innovation] John Probst and [chief racing development officer] Steve O’Donnell plus the OEMs and our engine-builders are all working on that right now.

“I don’t foresee a time in the future where we would go to – all of our series – would go to all-electric, I don’t see that. Could we have an exhibition series potentially? We could. And that would be something that we might explore.”

Phelps also believes that NASCAR is now “in a better place” to attract new manufacturers, believing that this was not the case in the recent past.

“I believe new OEMs and the relevance of this sport, and where this sport now ranks in terms of the sports entertainment landscape, it is just so different from where it was a year ago, two years ago, three years ago,” he said. “With that, as well as the Next Gen car coming out next year, I think there is going to be some renewed interest from an OEM perspective.”

He also added that the COVID-19 pandemic hadn’t hit car manufacturers quite as hard as they’d initially feared.

“I think all the OEMs last year were kind of in survival mode and trying to figure out how they sold a lot of cars, but it was a difficult period for them,” he said. “They probably did better than they thought they were going to do when COVID started, and that part is rewarding, but as things get back to normal, we will continue to ramp up our discussions with OEMs.” 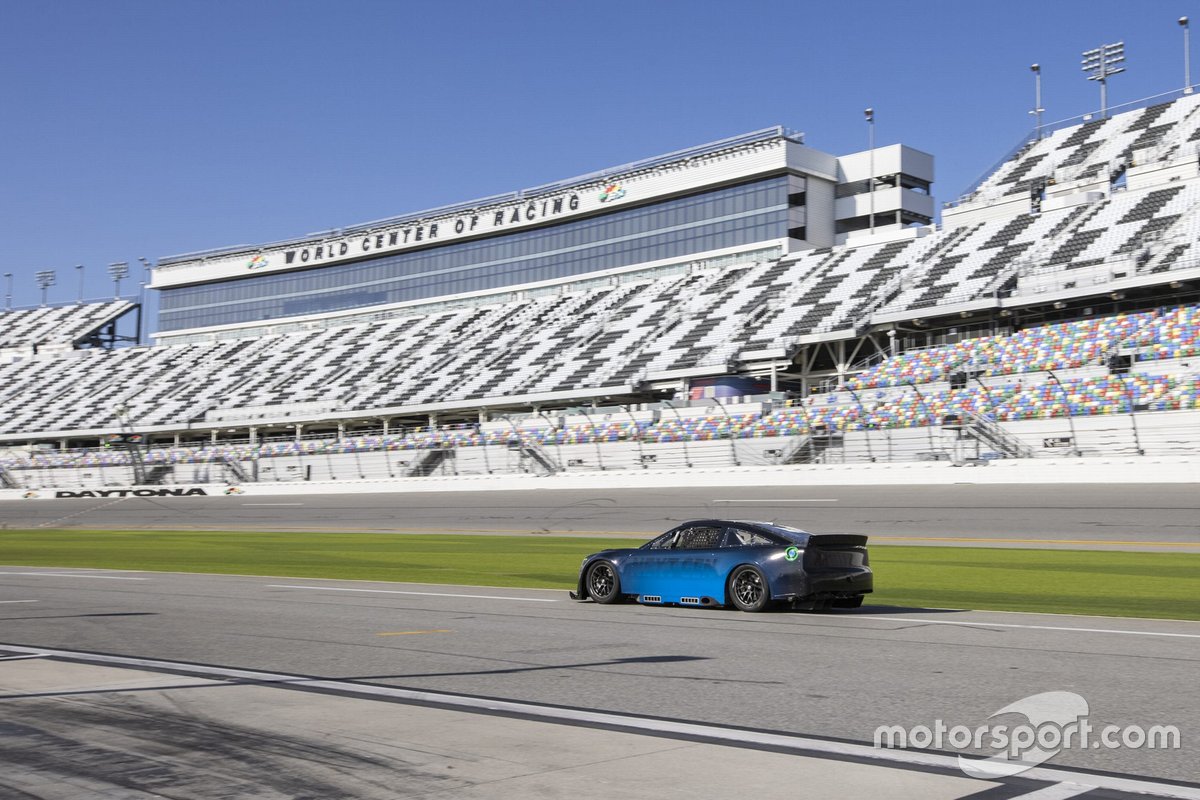 As the automotive and global economy takes time to recover from the impact of the pandemic, reducing costs will be an important factor for any manufacturer embarking on a new racing programme, with Phelps of the opinion that the Gen-7 Cup car in development will be a positive in the long run for the series.

“There are many things that Next Gen will do for us as a sport when it rolls out in 2022,” he explained. “The styling is going to be amazing. I think the racing is going to be better based on the aerodynamics of the vehicle, the costs associated with the vehicle will be lower in terms of its absolute costs as well as the numbers of cars it will be necessary to run and run up front.

“Those are all wins for us. One of the things that I challenged the industry to do was to continue to move as one company, one entity with one voice and the industry is doing that.

“Racetracks that we have invited [for discussions] that are not our racetracks, the relationship we have with our teams, our OEMs, our broadcast partners, it just has never been better. The trust exists today versus where we were two years ago, three years ago it was in a very different place.

“The momentum kind of feeds on itself.”