KAMPALA – Kampala City Traders Association (KACITA) spokesperson Issa Ssekitto has said that if the ministries of Finance and economic planning, Trade, Industry and cooperatives do not intervene in the car importation directive, vehicle dealers are likely to fall out of business.

Ssekito during a press conference said they will not respect the directive of Uganda Revenue Authority (URA) which they say is unfair to importers and dealers of motor vehicles.

The directives by URA are that all imported used cars which were manufactured before 2013 will be cleared at the Mombasa Port.

URA stated that pursuant to section 60 (A) of the East African Customs Management Registration 2010 they wish to inform the general public that effective July 1, 2022 motor vehicles of nine (9) or more from the date of manufacturer shall no longer be cleared under the warehousing regime.

The directive will take effect in July 2022. 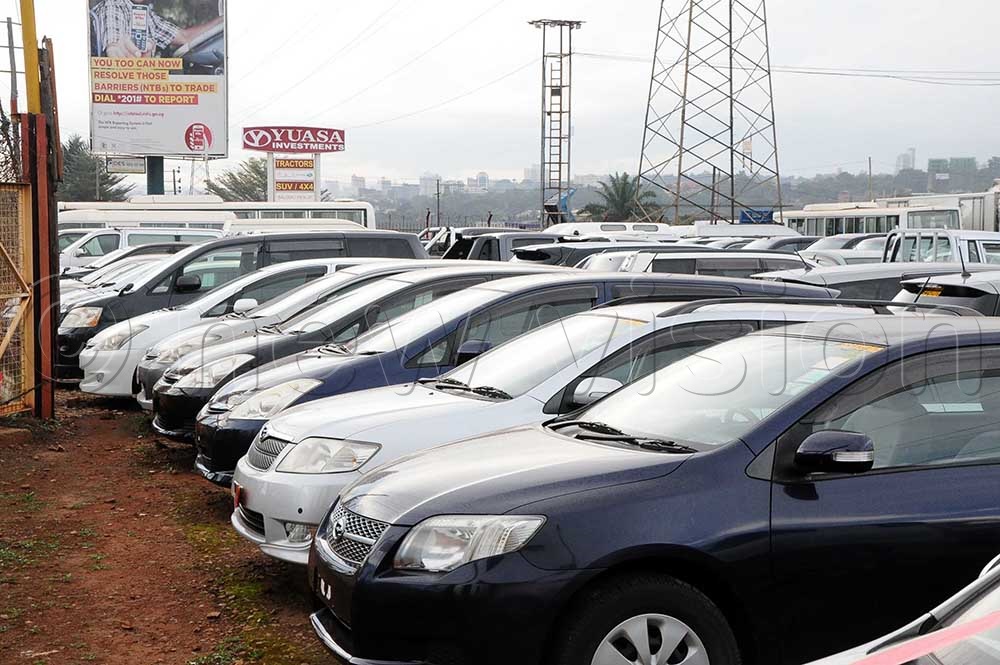 YUASA Investment bond located at Nakawa oppose the policy by Uganda Revenue Authority (URA) that motor vehicles of nine years and above from the date of manufacture to start making clearance at the Port entry of Mombasa or Dar es Salaam starting July 1, 2022. (Credit: Ramadhan Abbey)

“Bonds are owned privately and the importers have invested a lot of money if the warehousing directive is implemented, many of the Ware houses are going to close since URA insists that all revenue be paid at the Mombasa Port,” Ssekitto explained.

He said that URA should revise the proposal urging that URA will collect revenue but the Bond owners will count losses as all payers will travel to Mombasa to purchase the vehicles.

The Publicity Secretary of the Associated Motor Dealers, Marvin Ayebale explained that the Warehouses have been allowing them to sale their vehicles to customers but URA wants buyers to fly to Mombasa so that they can purchase the vehicle.

Ayebale said the price of vehicles will double as the processes of clearing will be complicated.

In a public notice issued by URA in the press on 1 April 2022, The notice according to URA shall apply to motor vehicles stipulated under part of (b) of the fourth schedule in accordance with section 14(b) of the traffic and road safety Act 1998 amendment act 2018.

According to URA, the customs clearance for such motor vehicles shall be facilitated under the Single Customs Territory (SCT) arrangement where taxes will be paid upon arrival at the port of entry into the East African Communities.