Orucase is probably best known for their super compact bike cases that let you avoid bike fees at the airport. So what are they to do when airlines have largely eliminated those fees? There’s still the benefit of having a smaller bike case to fit in the car along with the rest of your family, but for those who would rather have a full size case for easier packing, they will soon have an answer. 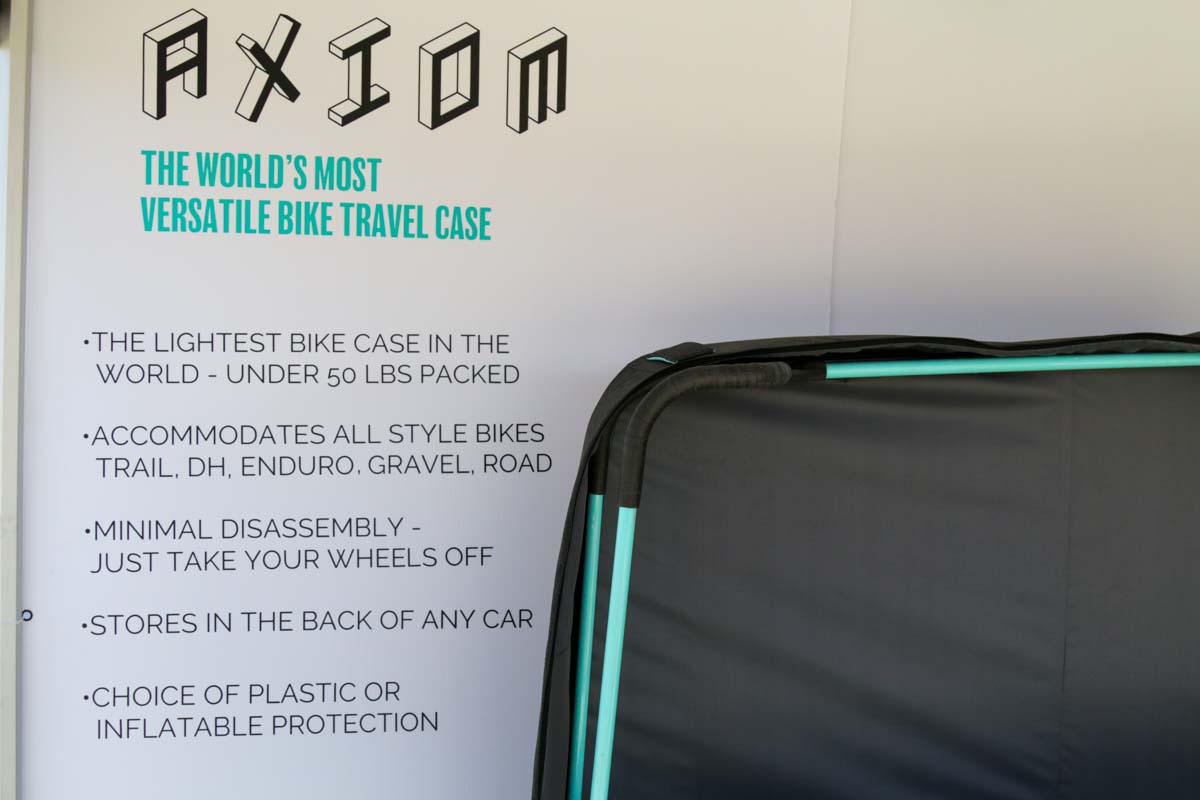 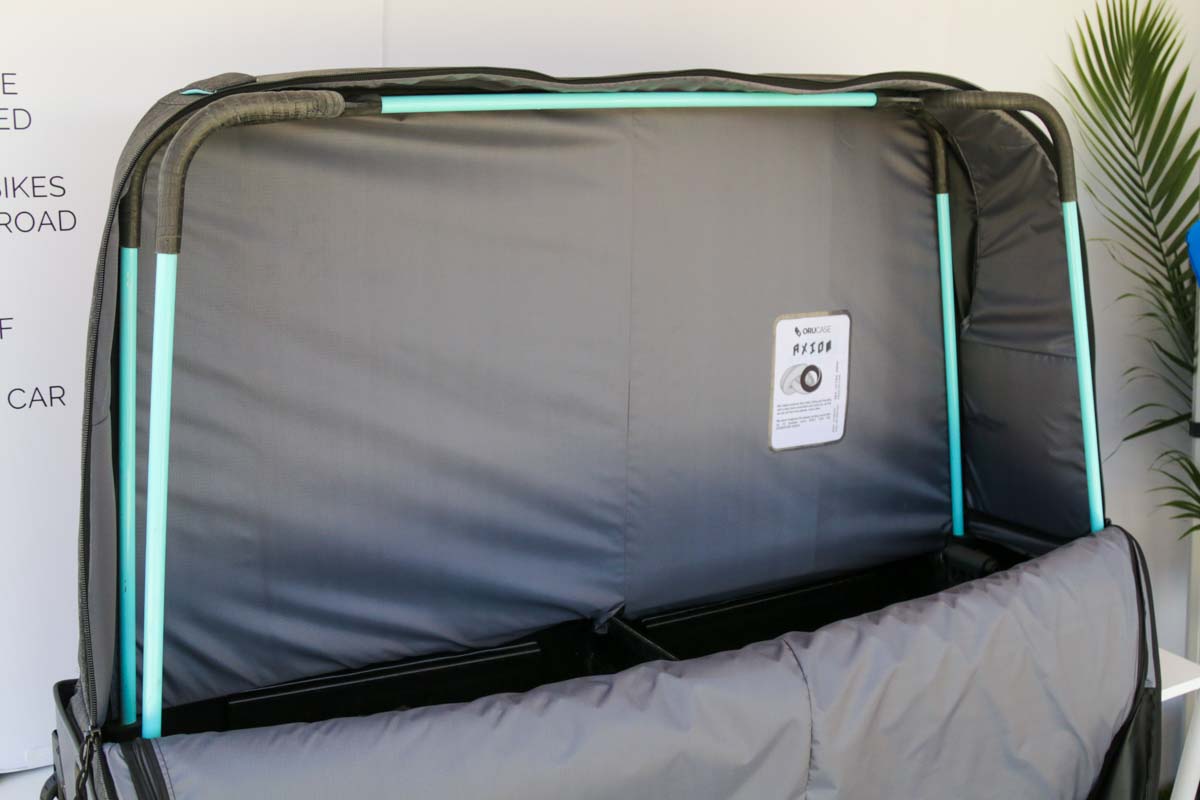 Tentatively called the Axiom, their new full size case prototype brings a lot to the table–specifically weight and packability. Developed to all styles of bikes, the weight of the case itself will likely be under 20lbs. That means that fully packed, it should be easy to stay under the 50lb threshold. Bike fees may have gone away, but overweight bag fees still apply.

That includes the reinforced tube frame that supports the perimiter of the bag.

Orucase is experimenting with various inflatable cushions to protect the contents. It’s protective, and importantly, packs down small which is important for the reasons outlined below… 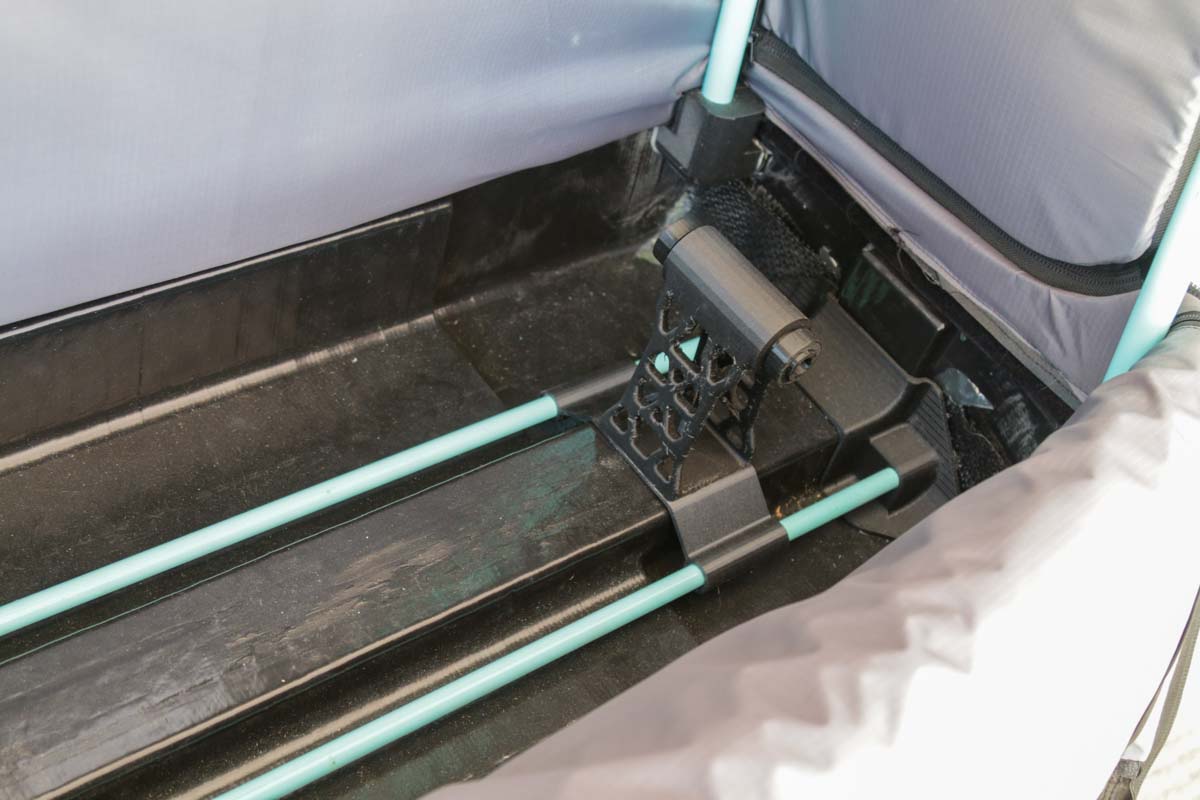 Inside, the case will have front and rear frame and axle supports which are adjustable on a track system to work for different wheelbases. 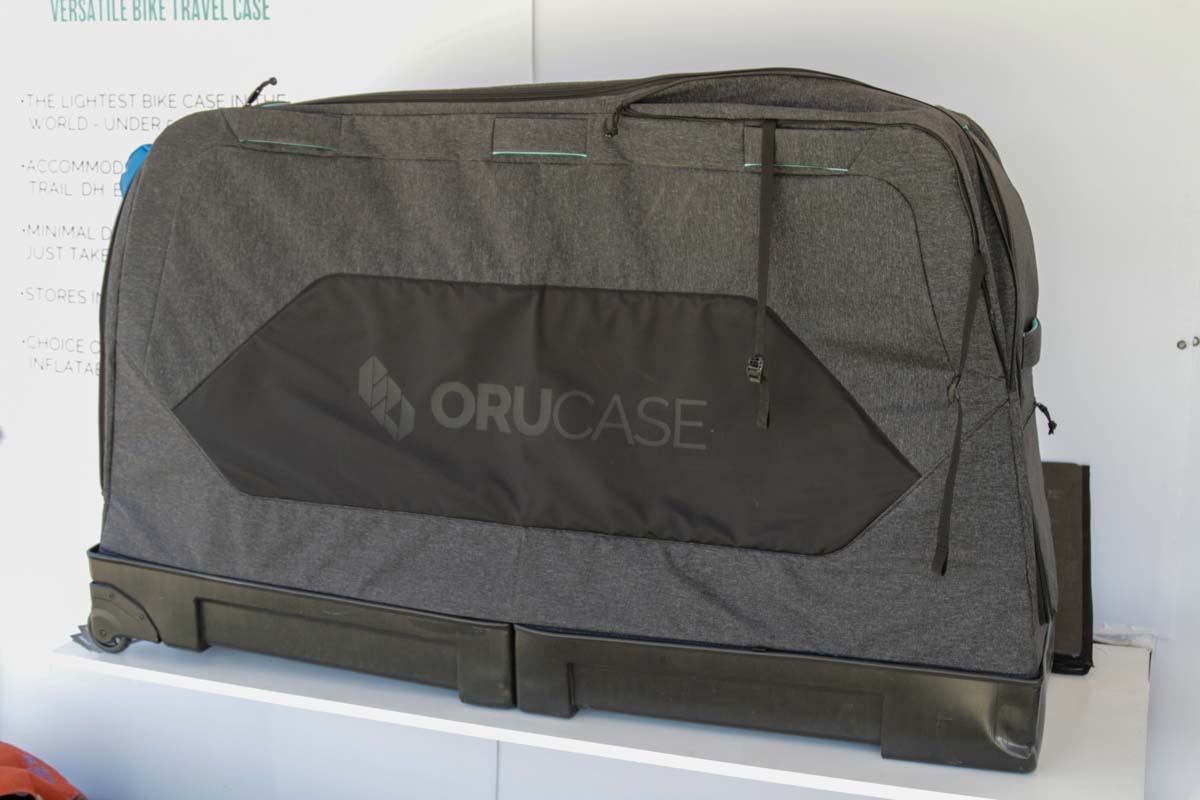 That’s all built into the rigid and wheeled bottom of the case, which has an interesting split in the middle… 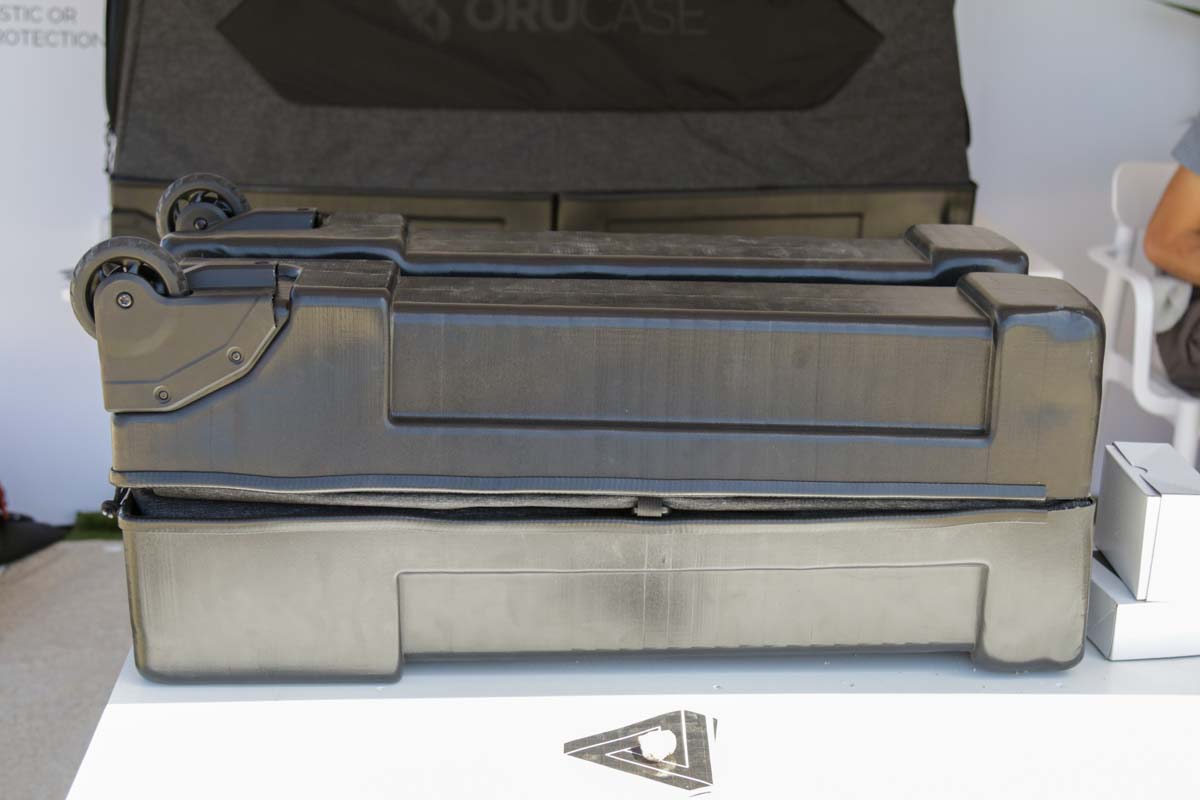 That split will allow the case to fold in half, and zip closed. Now instead of a massive storage case, or even a long compressed bag, you have a more manageable suitcase-sized package with wheels and a handle that is easy to transport and store.

While it’s still just a prototype, the whole thing looks very well thought out and could be here as early as this fall. 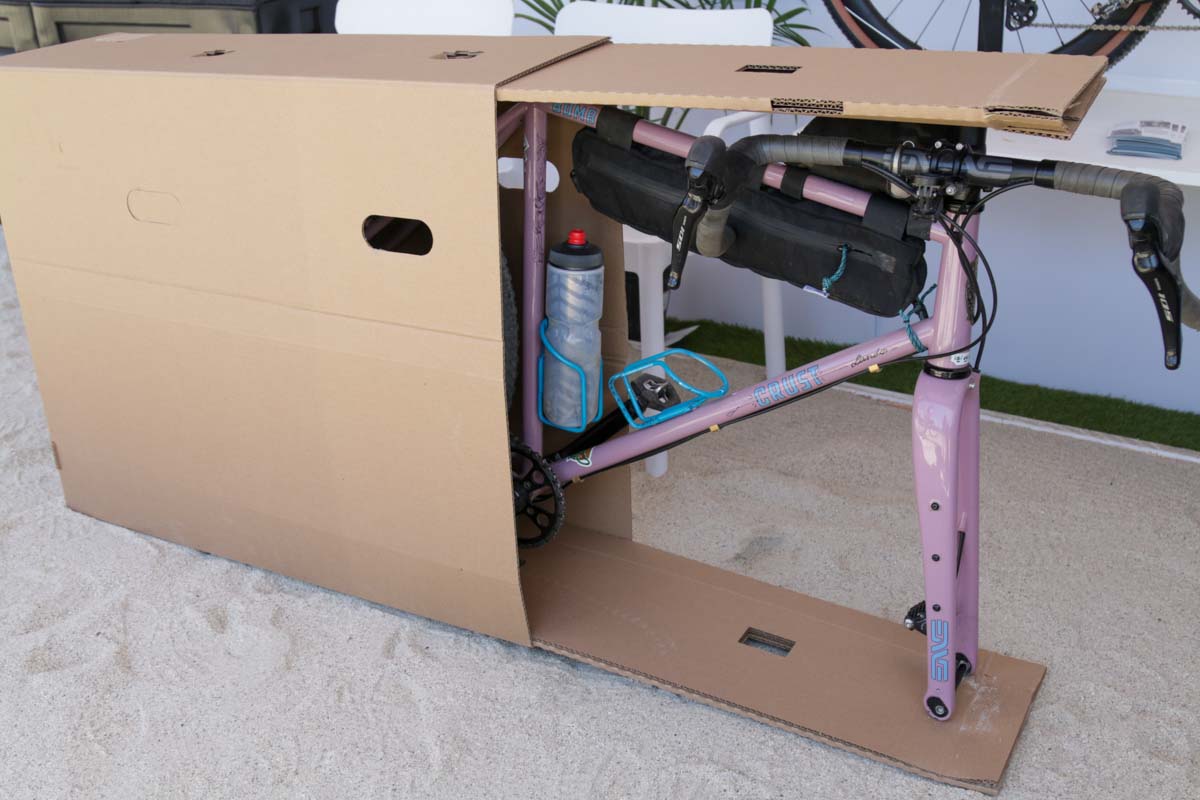 In addition to the Axiom, Orucase showed us another prototype. This time of their Best Bike Box. Built with full compressive strength in all directions, the box is as protective as it is smart. 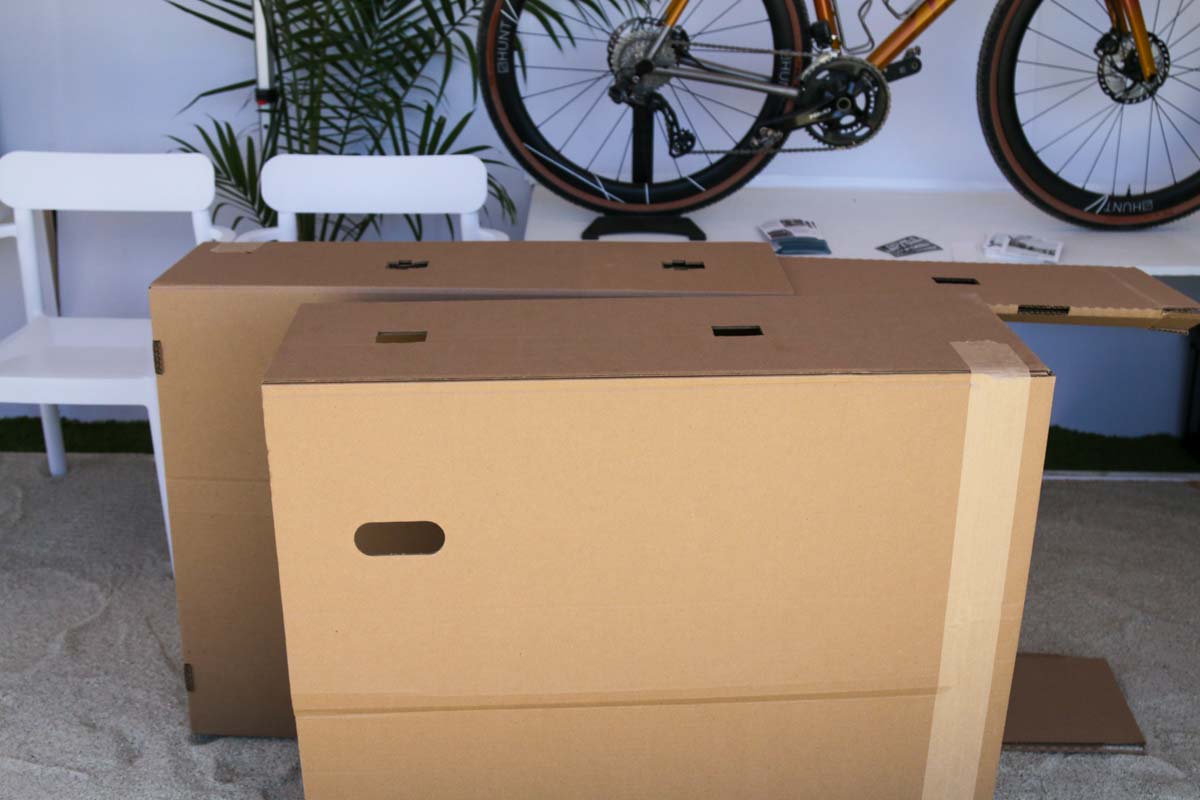 More than just a cardboard box, the Best Bike Box has been designed to work in two different configurations. The small configuration will give you the best shipping rates, though it will require more creative packing to get it to work. 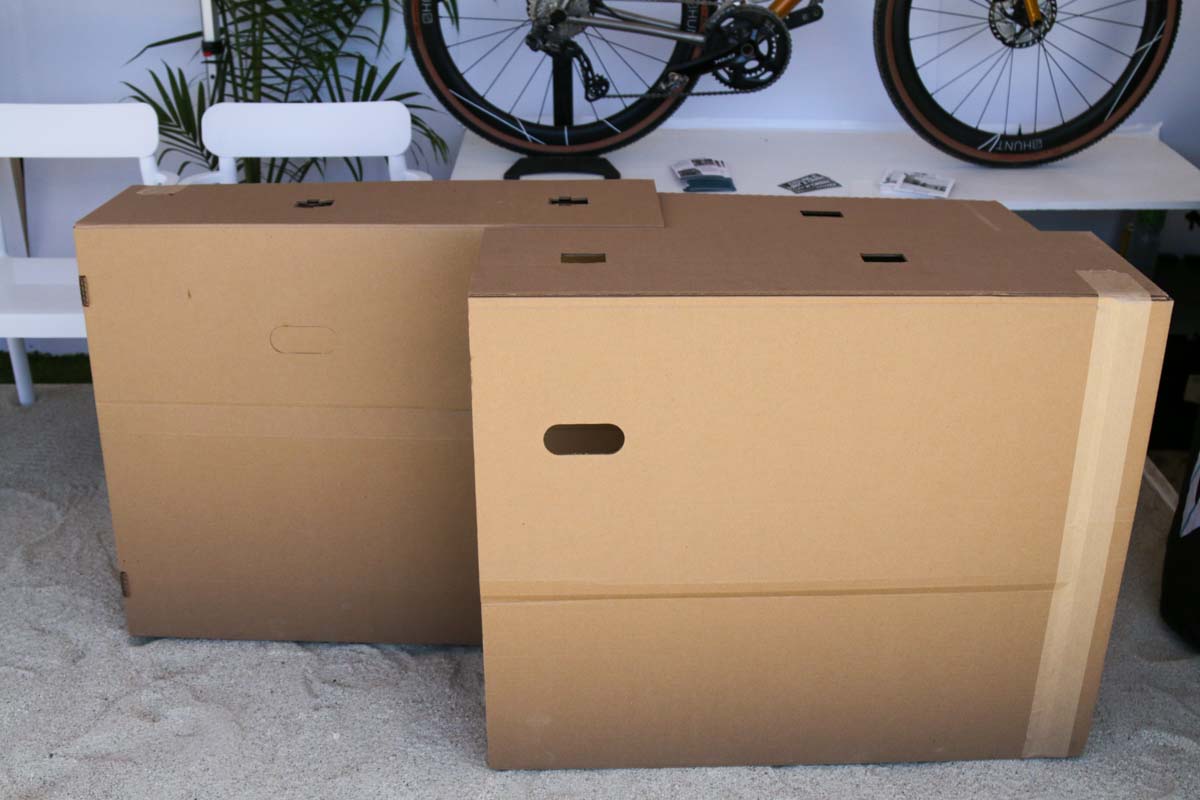 Slide out the box to the large position, and you end up with a full size bike box that will fit a large trail bike with the rear wheel in place. The box is designed like a pill capsule, and there are locking tabs for the two positions.

Orucase says that the box will ship flat, directly to consumers with a 3″ x 16″ x 50″ size when packed down. That also means it will store in that size until you’re ready to go. Then the box will unfold and assemble with one piece of included tape.