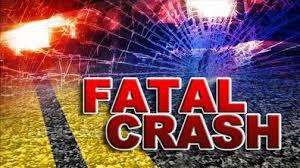 A 15-year-old boy who was driving a motorcycle is among the 14 people who died as a result of motor vehicle collisions during a carnage-filled week from Saturday, May 7 to Friday, May 13.

The latest fatalities have pushed the overall death toll from traffic crashes since the start of the year to 167. They are contained in the most recent statistics released on Friday by the Road Safety Unit (RSU), which is located in the Ministry of Transport and Mining.

Meanwhile, the RSU has informed that the 167 fatalities to date resulted from 148 fatal crashes.

It has also informed that fatal crashes have decreased by one per cent while fatalities are down by two per cent. However, the Unit is concerned that whereas it had projected an overall eight per cent decrease in fatalities in 2022, the projection based on the first quarter trend is for a six per cent decrease instead.

In the meantime, pedestrians currently make up 22 per cent of the road users killed as at May 13.

A further breakdown of the numbers shows the following:

· Vulnerable road users (pedestrians, pedalcyclists, motorcyclists and pillions) account for 56 per cent of the road users killed as at May 13.

Overall, passengers account for 20 per cent of road deaths this year while males account for 83 per cent and females 17 per cent.