Thankfully, NASCAR driver Anthony Alfredo is OK after he wrecked at Texas Motor Speedway on Sunday, and his car subsequently burst into flames on the track.

With 30 of 334 laps to go in the Autotrader EchoPark Automotive 500 — the first Cup Series playoff race in the Round of 8, the final round before the final Championship 4 race — Kyle Busch appeared to make contact with the back of Chris Buescher’s car, sending the No. 17 Ford to the inside of the track.

Buescher regained control of his car, but it looked like the incident set off a chain reaction, which led to Alfredo in the No. 38 Ford to spin out.

But suddenly, the No. 38 car burst into flames with a line of fire on the track, and it was scary for a moment until he climbed out of the car.

Anthony Alfredo was able to climb out of the car after this crash and fire.#NASCAR
Watch on @NBC or @PeacockTV: https://t.co/7NW8hhZFP9 pic.twitter.com/M1L7QK3e87

Because of the accident and the fire on the track, the race was paused for about 11 minutes. And Alfredo was immediately evaluated and cleared by the infield care center.

Afterward, the Front Row Motorsports driver explained what happened from his perspective. He told NBC Sports:

“We just restarted, and someone I saw was spinning on the apron. I believe it was the 17 [of Buescher], and [Michael McDowell in] the 34 is in front of me, obviously, my teammate. Not that you want to run in anyone, but I checked up when he checked up to stay off of him. And I think [Chase Briscoe in] the 14 or someone behind me just couldn’t get checked up in time, so it spun me out and couldn’t do anything to straighten it out. I was backwards, so I was just along for the ride going up towards the fence. And something got knocked loose — that obviously started the fire on all the fluid that leaked out.

“It was kind of strange because I slid all the way down the track and was stopped. Thought I was going to be able to take my time getting out, but then it just burst into flames. But thankful for all the safety personnel, all safety implementations that NASCAR’s done. I feel fine, ready to go again.”

Alfredo is not in the NASCAR playoffs, so him not finishing the race does not impact the championship picture. 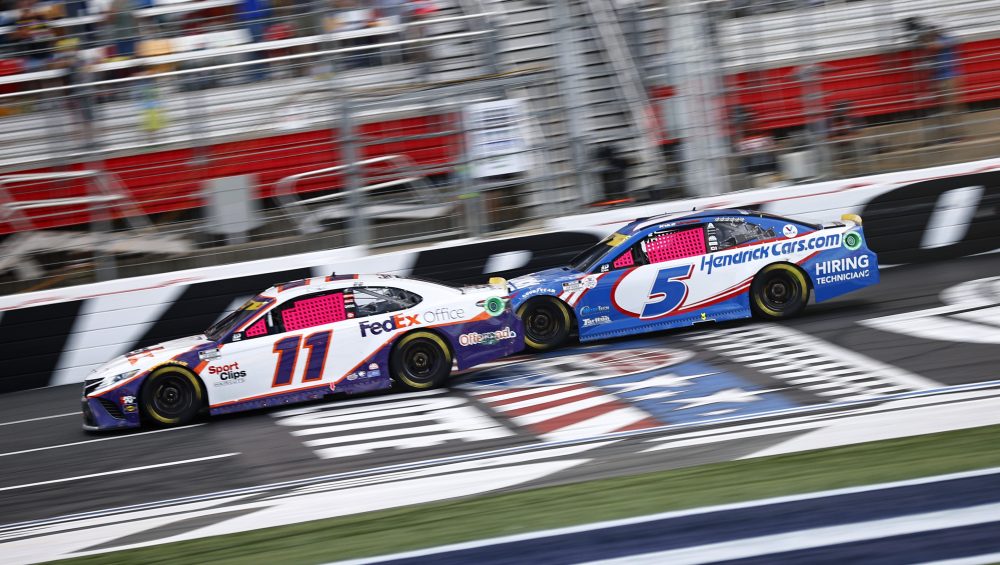 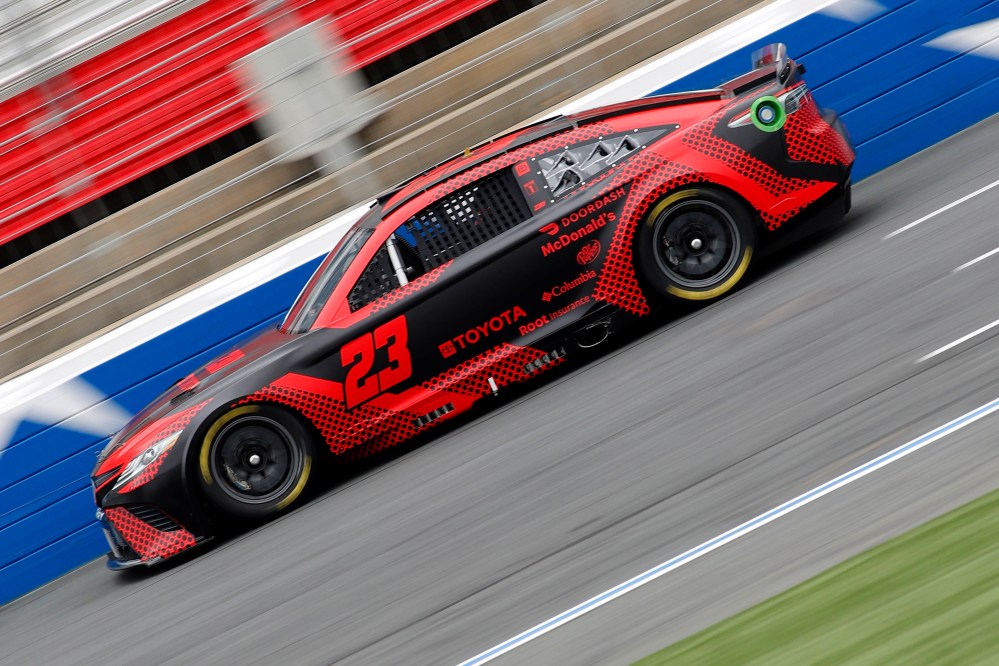