Apple has a goal of releasing a fully electric and autonomous car by 2025. As that deadline inches closer, however, the iPhone maker has recently dissolved its automotive unit, according to a well-respected equity analyst, and is reportedly hanging hopes on Porsche to help it build an Apple car in as little as three years.

These comments immediately raised speculation about whether Porsche was going to participate in the Apple car project, an elusive effort shrouded in rumors and secrecy since its existence was reported about eight years ago.

Although Apple has never openly discussed it, it’s public knowledge the company has been developing electric vehicle and self-driving technologies through a unit called “Project Titan.” But as of last week, that unit had been “dissolved for some time,” according to Apple analyst Ming-Chi Kuo, of Hong Kong-based TF International Securities.

In a series of tweets on March 20, Kuo suggested that whomever Apple is partnering with to build the Apple car will need to reconstruct the Project Titan team this year in order to meet the 2025 timeline.

The Apple Car project team has been dissolved for some time. The reorganization within the next three to six months is necessary to achieve the goal of mass production by 2025.

The 2025 goal was set last year under Project Titan’s then-leader, Kevin Lynch, who previously led software development for Apple Watch. Lynch was appointed to replace Doug Field, a former Tesla engineer who left Apple in September 2021 for a job at Ford.

Apple needs a partner to build the actual car

Bloomberg reported in November that Apple aims for its first car to have full self-driving ability that doesn’t require any human intervention. No company has achieved that level of automation yet. The most advanced autonomous driving software in the market today, made by Tesla, is rated a level 2 (out of 5) under standards adopted by the U.S. Department of Transportation. A level 2 system requires a driver to stay alert behind the wheel at all times.

With Project Titan’s resources prioritized to software development, Apple has been shopping around for a company to build the actual car. It has reportedly approached multiple Asian carmakers, including Hyundai, Kia and Nissan. Those talks all fell through eventually because the automakers didn’t want to end up as “the Foxconn of the auto industry.”

That may be less of a concern for Porsche given its well-established reputation making electric vehicles. Porsche’s first electric car, Taycan, has received rave reviews since its debut in 2019 and recently set a speed record in a cross-country trip in the U.S.—meaning it won’t need Apple’s advice on how to build or brand a top-drawer electric car.

Porsche has also already integrated Apple’s software and services in its newer models, including an Apple Music app with time-synced lyrics and an Apple Podcasts app that works with Porsche’s in-car voice assistant.

Porsche CEO Blume said during last week’s earnings call that the company plans to expand Apple CarPlay, a feature available in some Porsche models that allows drivers to use selected iPhone apps directly on an in-car screen.

Apple hasn’t responded to an inquiry confirming the latest developments. 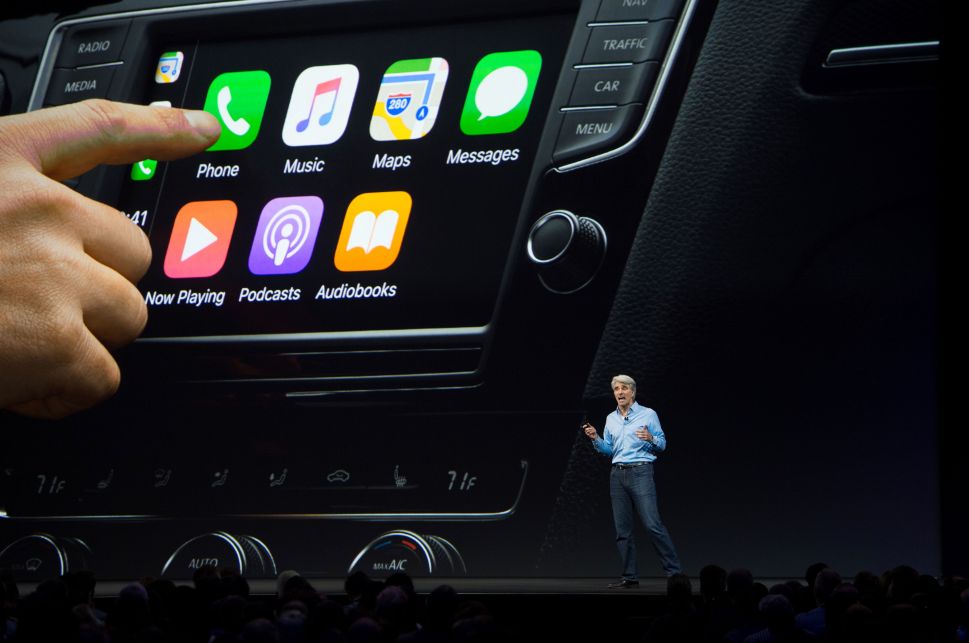