Shares of new initial public offering (IPO) electric car upstart, and purported Tesla-killer Rivian Automotive (NASDAQ:RIVN) tore up the track yesterday, racing out of the gate on IPO Day to score a 29% gain.

Do you think a gain of that size might have caught a few investors’ attention, and enticed them to try to join in the momentum trade? It did. Today as of 10:45 a.m. EST, Rivian stock is up another 10%. 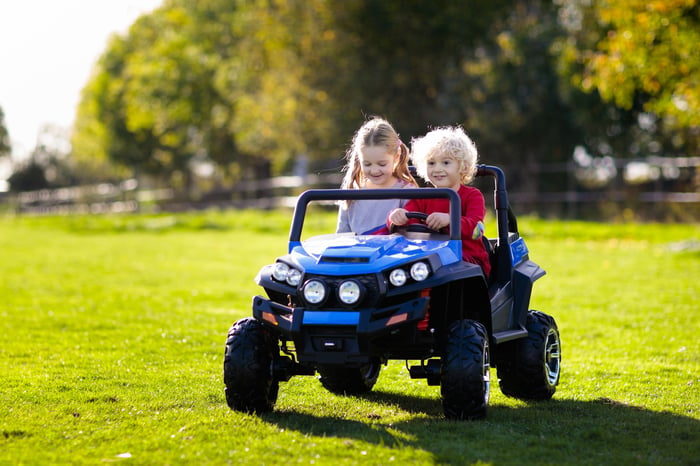 But seriously, that’s all that’s happening today. There is literally no new news to justify today’s rise in stock price. No news to explain why Rivian is now — as Barron’s puts it — “the most valuable U.S. auto maker after Tesla.”

With a market capitalization rapidly approaching $114 billion, Rivian stock is now more expensive than either General Motors ($89 billion) or Ford Motor Company ($79 billion). Yet over the past year, GM sold more than $130 billion worth of cars and trucks worldwide, Ford sold nearly $135 billion, and Rivian sold… zero.

Now, maybe that makes sense. Maybe Rivian will surprise us and use its order from Amazon for 100,000 electric delivery vans as a springboard to tens and hundreds of billions of dollars of sales in the future. Or — and bear with me here for just a minute — this brand new automaker might encounter hiccups as it begins production, and fail to fully live up to the hype.

I’m not saying it will happen. But I am saying it would be prudent to prepare yourself for the possibility that Rivian stock will go back down.